Mars 2020 : Perseverance on its way to conquer Mars

Find signs of an eventual previous life on Mars, this will be the mission of the Perseverance rover, which will land of the Red Planet for the first time this Thursday, February 18, 2021. Its landing, scheduled for 9:55 pm (French time), sets  the beginning of a new adventure that will last at least one Martian year, equivalent to 2 years on Earth.

Mars 2020, the mission associated with Perseverance, is being developed by the Jet Propulsion Laboratory (JPL), an establishment of the American Space Agency (NASA). Led by the United States, this project was made possible thanks to the participation of the entire international scientific community. The French contribution to SuperCam mobilised more than 300 people in France, within the CNES, the CNRS, universities and industry. A team of 5 people at Telespazio France people (onboard engineers and controllers) contributes to this in partnership with the CNES (responsible for engineering operations on the French side) and interfacing with the engineers from NASA..

Make sure the scheduled activities go as planned

On-board engineers are in charge of planning, programming and monitoring the scientific instruments. They ensure that activity requests from scientists comply with instrument safety constraints - for example, they make sure that scheduled activities will not cause the SuperCam laser to overheat. Their mission is also to ensure that the scheduled activities are compatible with the resources available on board the rover (energy, time and bandwidth for data). Once the activities are carried out on Mars, they verify through telemetry received from the rover that everything went as planned. At the same time, the controllers carry out various checks when data arrive (completeness and consistency with the programmed plan, for instance). They are also in charge of operations logistics and ensure that the scientists and engineers have all the appropriate resources to carry out the operations in the best conditions - for example, they are responsible for the proper functioning of the audio and video resources of the mission center.

The operations of March 2020 will take place in Martian hours during the first 90 soils (one soil corresponds to one Martian day). This means that to maximise the use of the rover and its payload, operational teams adjust to the duration of the Martian day which is 24 hours 40 minutes long. In concrete terms, the beginning of operations moves 40 minutes forward every day, which implies employees shifts will eventually start at any time of the day or night.

In transit to Mars since July 2020, the rover is set to land in the Jezero crater, where a lake and several river deltas were located 3.5 billion years ago, and which may have been a favorable place for the appearance of life. It will join other ongoing NASA's exploration programs: the Curiosity rover and the InSight lander, which carry on their scientific missions on the surface of Mars since 2012 for Curiosity and 2018 for InSight.

Perseverance will not land on Mars alone, his companion is called Ingenuity, it is a small helicopter that will be used to test the first flight on Mars. The lower atmospheric pressure and cold temperatures make this a particularly difficult task. But if Ingenuity does manage to take off, this flight will be the first ever to take place on another planet, thus an important event in the history of space exploration.

A technological gem with high-precision instruments 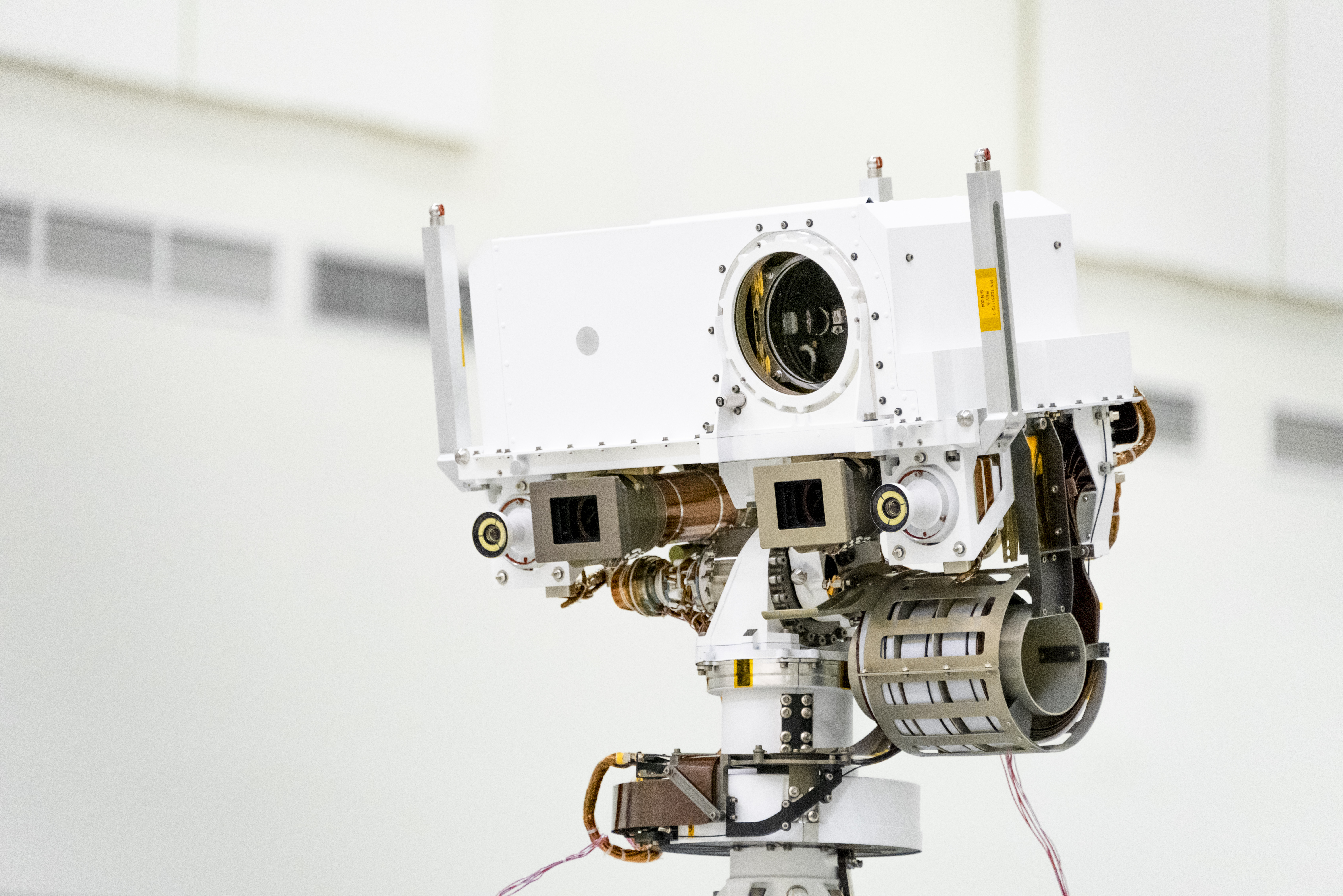 To carry out its mission, the rover is equipped with 7 instruments, including a drill that will allow the extraction of soil samples, one of the mission’s main objectives. It also includes the SuperCam, a laser camera that will allow the rover to analyse Martian rocks and terrain by spectroscopy and imaging. Set at the top of the rover, this ‘eagle eye’ is the improved version of the ChemCam, the camera operating on Curiosity since 2012.

Supercam, eyes and ears on Mars (video in French)